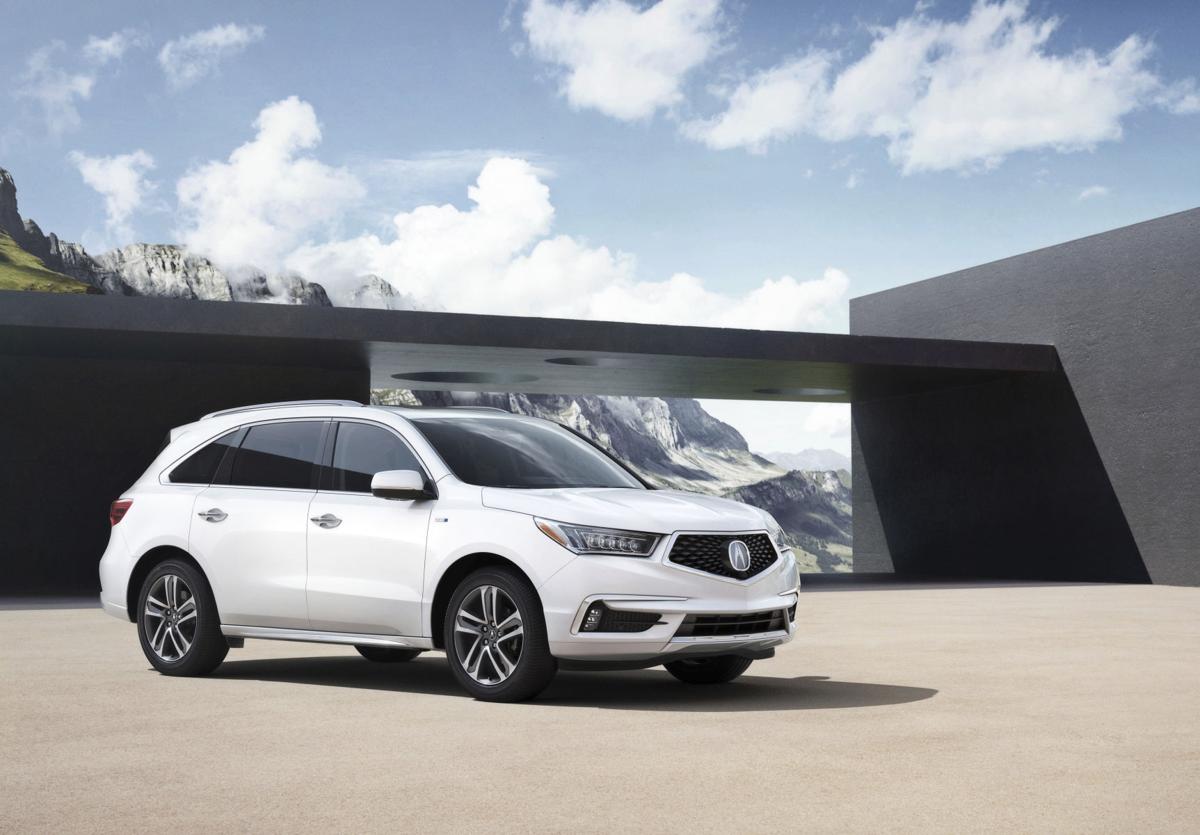 Acura’s most popular vehicle, the MDX luxury sport utility, has a more upscale look and more standard safety features for 2017.

Acura’s most popular vehicle, the MDX luxury sport utility, has a more upscale look and more standard safety features for 2017.

The roomy MDX, which is the only Acura with three rows of seats, offers new amenities, too, such as two captain’s chairs for seating in the second row instead of a bench seat or showy, 20-inch wheels.

The easy-to-drive and accommodating MDX is a recommended buy of Consumer Reports magazine, which predicts reliability of the 2017 MDX will be average. In addition, the 2017 MDX earned the top safety score — five out of five stars — in federal government frontal and side crash tests.

The MDX is an upscale version of Honda’s largest SUV, the Pilot. Both vehicles use the same underlying platform and share the same 3.5-liter, non-turbocharged V-6. But the MDX engine generates more horsepower — 290 — and all MDX models have a fuel-efficient nine-speed automatic transmission.

In fact, the federal government’s combined city/highway ratings of 22 miles per gallon for front-wheel drive MDX models and 23 mpg for all-wheel drive models are among the best of three-row SUVs.

The test vehicle, an MDX Advance, which is middle trim, averaged 23.7 mpg. The driver didn’t try to maximize fuel mileage, and the V-6 delivered strong power to capably propel the MDX up long highway grades, even at higher altitudes. Peak torque of 267 foot-pounds comes on at 4,700 rpm.

The MDX also saved fuel by automatically turning off the engine when the vehicle was stopped at traffic lights or otherwise idling with the driver’s foot firmly set on the brake pedal. It also automatically turned off certain engine cylinders when they weren’t needed, such as when the SUV was coasting —an action so subtle no passengers noticed.

The MDX interior was impressively quiet. Wind noise, in particular, was much more muted than expected, even on blustery days.

The MDX capably hauls people and cargo and can tow up to 5,000 pounds. Seats in the three rows can be adjusted for more legroom. Maximum cargo room is a full 68.4 cubic feet, and the cargo floor is up a ways from the pavement, so everyone rides high and has good views out.

It doesn’t come with a traditional shift lever. Instead, a driver presses buttons in the center console to go from park to drive and must pull back on a lever in the console to move the transmission into reverse. It takes a bit of getting used to.

The arrangement of two display screens in the center of the dashboard worked fine when one screen displays the navigation system’s map and the other screen shows radio stations, but both screens display destination entry menus that seem redundant.